The Center’s offerings were originally scattered throughout the Mercy campus. The Center would find a new home under a single roof in 2003, as Mercy cut the ribbon on a state-of-the-art, 6-floor facility—The Harry and Jeanette Weinberg Center at Mercy at 227 St. Paul Place—opening on time and within budget thanks to donations including a $10 million gift from The Harry and Jeanette Weinberg Foundation. Today, Mercy’s Weinberg Center hosts many of Mercy’s premier Centers of Excellence, including breast care, gynecology, gynecologic oncology, plastic and reconstructive surgery, mammography, and radiation oncology services.

“A quarter century ago, we began a journey that would guide Mercy into the next millennium. A Gallup survey was commissioned, and Mercy medical and executive staff visited hospitals across the nation to determine the best way to enhance our women’s services. The result was the Center for Women’s Health and Medicine. As then, Mercy continues to advocate for women’s needs in body, mind and spirit. Through the Women’s Center, we see the fulfillment of the mission of the Sisters of Mercy, each and every day,” said Thomas R. Mullen, President and CEO, Mercy Health Services.

“I’ve been privileged to be a part of the growth of Mercy’s Women’s Center, and am gratified to think of the many patients who have been cared for by the dedicated and talented doctors, nurses and other medical providers, here at Mercy over the years,” said Neil B. Friedman, M.D., FACS, Medical Director of The Weinberg Center for Women’s Health & Medicine at Mercy, and Director of Mercy’s Hoffberger Breast Center.

Special 25th anniversary Women’s Center signage and banners are on view on Mercy’s downtown campus and at its hubsites, including Lutherville, Reisterstown, Glen Burnie, Overlea, Canton, and Columbia, MD. Other highlights include furniture and entry-way enhancements to the Weinberg Center; the installation of a self-contained water feature and garden with live flowering plants located in the center’s 5th floor atrium; a day-long celebration held Sept. 23rd for patients and Mercy staff; and the debut of a new television segment showcasing Mercy’s Women’s Center to run on WBAL-TV11, home to Mercy’s acclaimed health/medical news segment, “The Woman’s Doctor,” which has aired on the top-rated Baltimore station and NBC affiliate for 25 years.

According to Dr. Friedman, Mercy’s “Woman’s Doctor” provides “important health education on a variety of topics, everything from breast and ovarian cancer to all manner of gynecologic issues, and much more. Education is still our most important tool to encourage women to seek treatment and become their own advocates for their health,” he said.

“What started 25 years ago in the heart of Baltimore now reaches throughout the mid-Atlantic region. The physicians of Mercy’s Women’s Center see patients across the state of Maryland, and through our growing network of primary and specialty care centers that ring the Beltway, on the Eastern Shore, and even into West Virginia,” Mr. Mullen said. 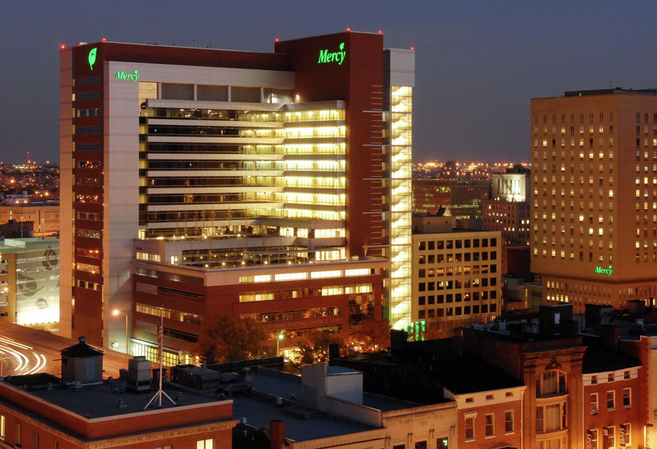